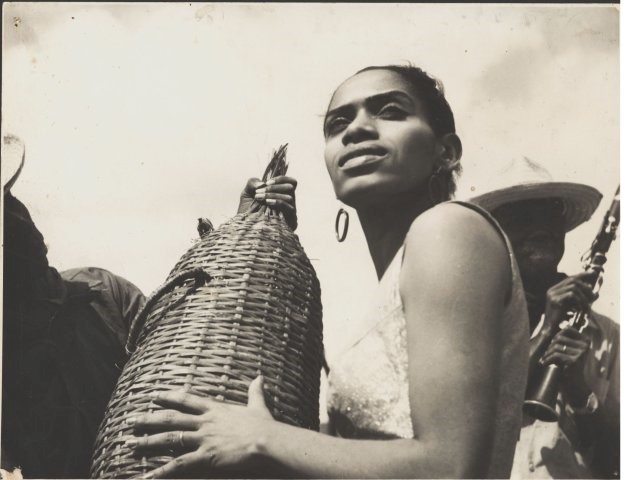 The Gladys Krieble Delmas Foundation has awarded a Research Libraries Grant to the Special Collections Library to complete the preservation and archival processing of the important performing arts collection of Delia Zapata Olivella. The $20,000 award will fund the processing of Zapata Olivella’s archive over nine months. The resulting ArchivesSpace finding aid will increase the international accessibility of this significant collection of film, papers, albums, manuscripts, and posters.

Paula Covington, the P.I. for the grant, (Latin American and Iberian Librarian and Senior Lecturer in Latin American Studies) explains, “This effort to make an underrepresented Afro-Hispanic collection accessible reflects a university priority. Given the dearth of primary sources in this field these materials will be used widely by scholars and researchers in Latin America, the US, and elsewhere.”

Delia Zapata Olivella, an Afro-Colombian choreographer, dancer and writer, pioneered the study and preservation of traditional Colombian customs and dances using her own anthropological approach. She interviewed Colombians from all regions and ethnicities about their African heritage, beliefs, music and dance, and was instrumental in the preservation of these Afro-Hispanic traditions. She focused particularly on performance arts, recording and preserving African and slave dance traditions and calling attention to the ways in which the dance and music could transform the lives of marginalized black Hispanics, many subjected to racism and living in poverty. She often worked with her brother, acclaimed Afro-Colombian novelist, anthropologist and physician Manuel Zapata Olivella, the “Dean of Black Hispanic Literature,” whose archive Vanderbilt acquired in 2010.

Manuel and Delia were central to preserving Afro-Colombian traditions in their country. Delia was principal choreographer for the Institute of Popular Culture, Cali, and served eighteen years as director of the program in dance and theater at Antonio Nariño University in Bogotá. The Colombian government awarded her the Order of Merit in 1997 partly in recognition of her work making black identity integral to Colombian popular culture.

Vanderbilt’s Libraries acquired the Afro-Hispanic collection of Delia Zapata Olivella in 2018 through one-time funds for faculty-initiated research acquisitions. Gladys Krieble Delmas Foundation supports projects to “improve the ability of research libraries to serve the needs of scholarship in the humanities and performing arts.”