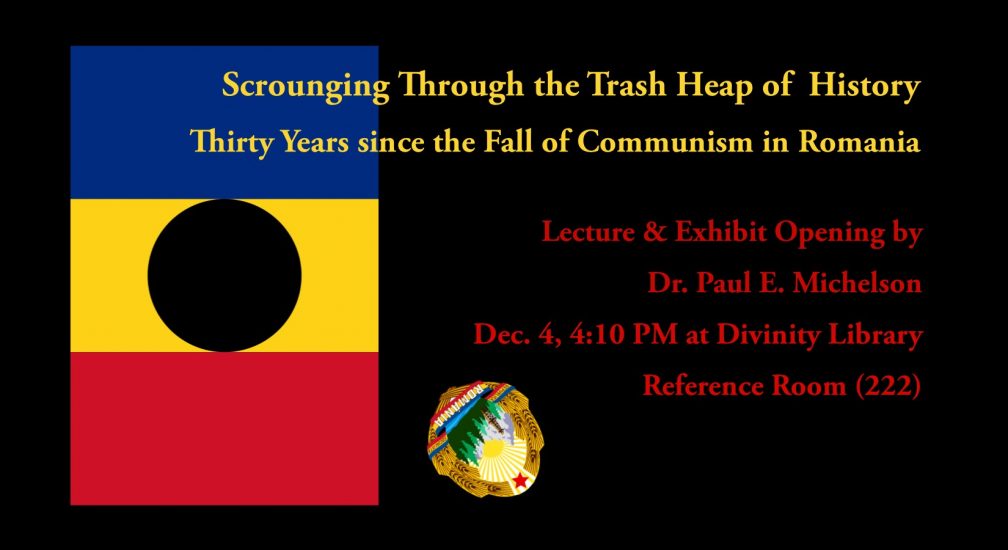 The violent fall of the Socialist Republic of Romania captured the world’s attention in December, 1989. As anti-Communist demonstrators ransacked party headquarters, propaganda and paraphernalia of the Ceaușescu regime were literally tossed out into trash heaps in protest. In the spirit of “contemporary archeology”, historian Paul Michelson—with family and friends—scavenged these memorabilia as evidence of regime and everyday life. Resistance was difficult. As Cristina Petrescu has noted, “A tiny minority, Romanian dissidents remained…isolated individuals….They were right when the others were wrong, but engaged in acts which the others regarded as insane before 1989 (and even after). In short, they were Don Quixotes whose patterns of thought and action contrasted to those of the Romanian society” (27-28). This exhibit is a tribute to these courageous few and to the Romanian people who had finally had enough in 1989.