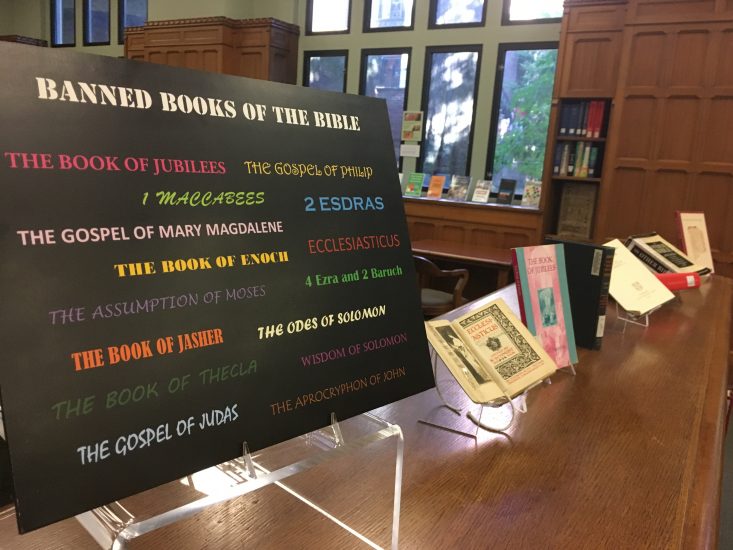 Throughout the centuries, religious writings considered scripture by certain groups have been contested by other groups.  Indeed, the production of biblical canons among Jews and Christians led to some books being deemed less useful than others — or even heretical.  Some books disappeared for centuries and have only become more widely known during the last century or so.  In this exhibit we feature more established and lesser known scriptural texts, all of which, at one time or another, have had their scriptural status called into question.