The Vanderbilt Libraries are pleased to shine a spotlight on Women’s History resources this month, when the contributions of women take center stage.

Frank Crawford Vanderbilt, second wife of Cornelius Vanderbilt, and her cousin, Amelia McTyeire, set forth the plan that ultimately resulted in the Commodore giving the initial gift to build a university in the South that would “contribute to strengthening the ties which should exist between all sections of our common country.” Learn more about these two extraordinary women in the exhibit, Frank Vanderbilt and Amelia McTyeire: Two Women Behind the Founding of Vanderbilt.

Notable women in Vanderbilt’s history include the remarkable Bowie sisters. Born and raised in Nashville, the Bowie sisters were honored by Vanderbilt in 2019, as Anna Mary Bowie was the first female faculty member to join the School of Medicine in 1922, and her sister Thelma “Byrd” Bowie was one of the first two female graduates of the Vanderbilt Medical School in 1929. A third sister, Evangeline “Van” Bowie, was also a doctor. In addition to their many medical contributions, they gifted the 700+ acre Bowie Nature Park to the city of Fairview, Tennessee.

Below you will find additional library resources that highlight the contributions and issues of women throughout American history.

The Vanderbilt University Fine Arts Gallery collection holds photographs published in Wise Women: A Celebration of Their Insights, Courage, and Beauty by Joyce Tenneson, that feature women as both subject and artist.

Special Collections and University Archives
Title IX New Acquisition We invite you to register and attend the New Acquisitions in Distinctive Collections Webinar on March 25, noon–1:00 p.m., featuring the scrapbook of alumna Margaret (Peggy) Layne ENG’80. It contains letters, news clippings, documents and the first Title IX Report of the university, which is invaluable to understanding the actions taken a short 40+ years ago by female students to lay claim to the same rights afforded to generations of male students at Vanderbilt.

Making Strides: Women as Agents of Social Change is a distinctive collection illustrating women’s efforts in the Nashville community to promote equal rights and to gain access to education, family planning, and employment. These rare materials from Special Collections and University Archives tell an important story of the struggle for equality that continues to be fought in the U.S. and worldwide.

The Buchanan Library Fellowship exhibition for the 40th anniversary of the Women’s Center, promotes important achievements by the women of Vanderbilt as they progressed from listeners (non-student early status) to leaders as tenured faculty, deans and members of the Board of Trust.

For the full month of March a number of popular books written by and about famous women are on display inside the main entrance of Central Library. These books are available to check out and take home. The display was designed and created by Daisy Whitten, coordinator of public services at Central Library.

Digital Collections
Women’s Magazine Archive offers high-resolution color articles of leading women’s magazines from the late-19th century through to 2005. Featuring classics such as Good Housekeeping to contemporary best sellers such as Seventeen and Essence.

The Women and Health/Mental Health Collection provides 1970s perspectives on nutrition and dieting, sleep issues, addiction, hygiene, depression, and women’s biology. 50 years later, perspectives are in some ways quite similar. 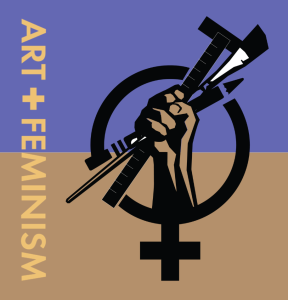 Recommend a purchase for Women and Gender Studies

Host a Watch Party: Organize a watch party to discuss some of the most critically acclaimed and thoughtful documentaries from the libraries’ collection of publicly licensed films on women and the female experience.