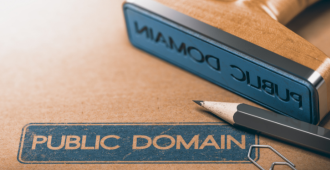 At the start of each year, on January 1, new works enter the public domain and become available to enjoy, share, and reuse for any purpose, without copyright infringement, required permission or fee.

In 2022 books such as Agatha Christie’s The Murder of Roger Ackroyd, Ernest Hemingway’s The Sun Also Rises, Langston Hughes’ The Weary Blues, A. A. Milne’s Winnie-the-Pooh, Dorothy Parker’s Enough Rope and Felix Salten’s Bambi have entered the public domain. Silent films—including titles featuring Greta Garbo, Harold Lloyd, and Buster Keaton, famous Broadway songs, and well-known jazz standards along with an estimated 400,000 sound recordings* from before 1923 join the public domain, including early recordings of Enrico Caruso, the Fisk Jubilee Quartet and Ethel Waters. On January 1, 2022, sound recordings enter the public domain for the first time. The 2018 Music Modernization Act placed all sound recordings under federal copyright protection.  The Association for Recorded Sound issued “10 Notable Pre-1923 Recordings” that highlight the treasure trove of sound that now is freely available to the public.

Why should we all celebrate public domain day each year? Community theaters can now screen these films. Student orchestras can now perform this music, and online repositories such as the Internet Archive and HathiTrust can now make these works fully available online.

Due to differing copyright laws around the world, there is no one single public domain — so we share three of the most prominent:

For a staggering list of the more well-known items newly available, we point you to this Wikipedia page, where the list is alphabetical and includes a notable work of the creator.

*Estimate of pre-1923 recordings (U.S. and foreign) developed by Tim Brooks, David Seubert and Sam Brylawski, based in part on an analysis of the pre-1923 contents of the Discography of American Historical Recordings