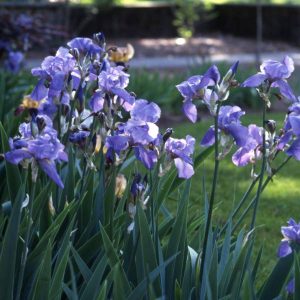 Have you ever wondered why the iris is featured on Vanderbilt’s graduation mace or heard Nashville called “Iris City”? The iris is our official state flower, but at Vanderbilt and Peabody, the iris carries a deeper connection: it was grown and hybridized by many historic figures, from Chancellor James Kirkland to poet Jesse Wills. At Peabody, hundreds of irises were planted in the first half of the 20th century and in a time-honored tradition, graduates of Peabody received an iris rhizome as they received their diplomas. This exhibition examines the role of the flower Virgil said “was sent from above” and its connection to Vanderbilt history.