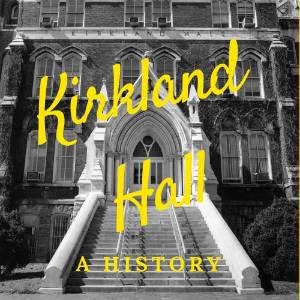 Kirkland Hall is the iconic symbol of Vanderbilt University. First known as “Main Building,” it stood as the central building on a 74-acre campus when dedicated in October, 1875, and initially housed all the university’s classrooms and laboratories in addition to a chapel, a museum and the library.

After a devastating fire in 1905, the two-towered design was rebuilt in an Italianate style with a single 170-foot tower. The reconstruction began immediately, and donations poured in from across Nashville to help with the effort. In just a few years, out of the ashes came a new icon for Vanderbilt. The building – which had been called Main Building, Old Main, University Hall and College Hall – was renamed Kirkland Hall in honor of Vanderbilt’s second chancellor, James Hampton Kirkland, who presided over Vanderbilt for 44 years. Both the man and the building remain central to Vanderbilt’s history.