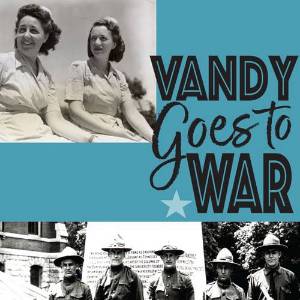 In the early months of 1917, an influx of students came to Vanderbilt to enter the Student Army Training Corps (S.A.T.C.) aiming to join the war effort. With their enrollment came much-needed funding for campus infrastructure, fueling a building boom that more than doubled the size of campus by the 1940s under Chancellor James Kirkland.

After the bombing of Pearl Harbor, the draft pulled a vast majority of students and faculty to the battlefield, but a sharp rise in women students stabilized campus. The demand for medical professionals pushed Vanderbilt to offer accelerated degrees that ran year-round, contributing graduates to the 300th General Hospital Unit that saved thousands of lives performing cutting edge medical techniques and surgeries. Reflecting on the 100-year anniversary of the armistice that ended WWI, this exhibition looks back on the impact that two world wars had on campus from the years 1917-1945.