An exhibition in honor of the centenary of Vanderbilt’s foray into the First World War between 1917-1918 is now open in the Central Library lobby through Homecoming Weekend, October 16th, 2018. 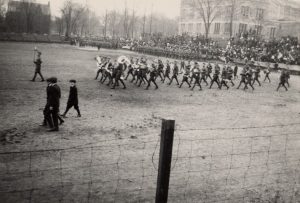 The exhibition begins with campus in 1917, when Chancellor James Kirkland issued the first decree to require military training on campus for all male students – the board of trust minutes documenting this decision can be viewed among other artifacts such as war letters, music from the time, patches and accoutrements from uniforms, and a forty-eight-star flag. The campus before 1920 was much smaller than it is today: football was played on Curry Field, which stood in front of what is now Alumni Hall, and the medical campus was yet to be built. 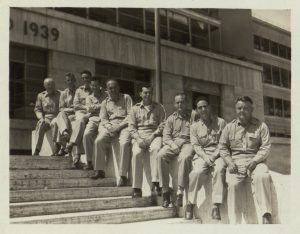 By October of 1917, the Student Army Training Corps (S.A.T.C) began on campus, turning Vanderbilt into a military post and bringing an influx of student-soldiers. While many students were eager to enlist, others wrestled with the decision. Students and faculty left in cadet units to serve in the war, causing enrollment to drop by 20 percent and requiring remaining faculty to heavily condense their courses. As news of war casualties rolled in, the sentiment on campus became more somber. Perhaps the most “famous” student from the time was Irby “Rabbit” Curry, hero of the 1916 football team and an All-American who perished in aerial combat over France on August 10, 1918. With the rise of students on campus came much-needed funding for campus infrastructure, which fueled a building boom that more than doubled the size of campus by the 1940s. New dormitories, classrooms, departments, disciplines, and the Vanderbilt hospital sprouted up. 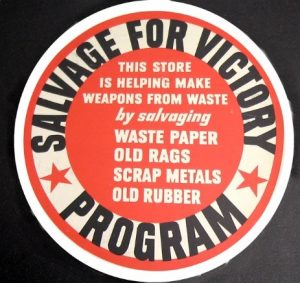 After the bombing of Pearl Harbor, the draft pulled a vast majority of students and faculty to the battlefield. More than 4,500 alumni served in every branch of the service, and in every theater of operation. The demand for medical professionals pushed Vanderbilt to offer accelerated degrees that ran year-round, often graduating multiple classes each year. Many medical graduates joined the 300th General Hospital Unit that saved thousands of lives performing cutting edge medical techniques and surgeries, and exploring new drugs. 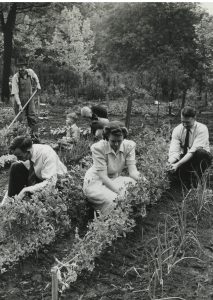 The departure of so many into the service hit the university hard. More than 100 faculty members were released to the armed forces or the government for war work. In 1944, enrollment of male students in the College of Arts and Science dropped to 40 percent below the pre-war level. The School of Law almost completely collapsed, reunions were eliminated, and yearbooks barely finished. It was the high enrollment numbers of female students that kept the university stable during war times. Women brought about important new programs such as the Red Cross, led efforts to reduce waste and build up recycling programs, planted victory gardens, and stretched monthly ration coupons. Every citizen did their part to bring victory to the Allies.

Reflecting on the 100-year anniversary of the armistice that ended WWI, this exhibition looks back on the impact that two world wars had on campus from the years 1917-1945.

For more information on the Reserve Officer Training Corps on campus, or how to get involved as a student, please reach out to  Mr. Darrell Thompson with the Vanderbilt “Go Gold” ROTC Battalion at darrell.thompson@vanderbilt.edu or by calling 1-800-2VU-ROTC.