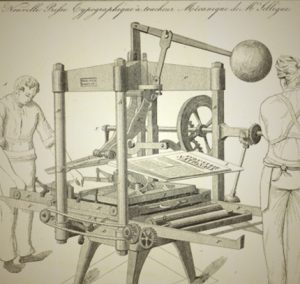 The J. León Helguera Collection at Vanderbilt University houses over a thousand broadsides from nineteenth and early twentieth-century Colombia. Dean’s Fellow, Emma Banks, has selected 150 of these documents for digitization. In nineteenth-century Colombia, people used broadsides to announce events, proclaim political decrees, spread important news, and report on local gossip. Printers usually produced broadsides in a single batch for quick distribution. People would generally post broadsides in local stores, churches, and municipal buildings where the pages were generally discarded or covered with a new poster within a few days. The impressive Helguera Collection of these ephemeral documents is an important resource for scholars of Colombia and offers a window into the day-to-day reality of 19th-century Colombia.

J. Léon Helguera (October 29, 1926-April 20, 2015), a professor in the Vanderbilt History Department, spent the better part of his career collecting rare books and manuscripts. Thanks to his hard work and generous contributions to the Heard Library, Vanderbilt has an impressive collection of nineteenth and early twentieth-century Colombian pamphlets, books, photographs, newspapers, and broadsides, some of which are searchable in the Helguera database. The majority of these documents come from the Cauca region, a center of economic and political power in the nineteenth century.

This online exhibit showcases the trials and tribulations of nation building in nineteenth-century Colombia. Following the first declaration of Colombian independence in 1810, early political leaders struggled to define the direction of Colombian democracy. This exhibit captures some of those growing pains. The essay on the Jesuits portrays the tensions between church and state, while the life of José María Obando exemplifies the struggles to define liberal values. The War of the Supremes essay highlights an example of regional rebellion while the Civil War essay describes the origins of the deep rift between liberals and conservatives that continues today.