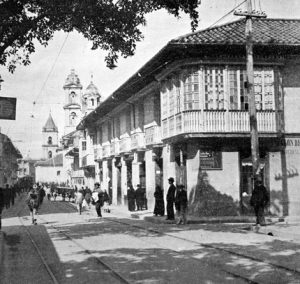 The J. León Helguera Collection of Colombiana at the Vanderbilt University Library includes many pamphlets from 19th-century Colombia. Through the Vanderbilt Libraries’ Dean’s Fellow program a selection of three hundred pamphlets have been digitized from the over two thousand that form part of the collection.

This online exhibit by Dean’s Fellow Gloria Pérez complements the Helguera Collection by offering a set of short essays with links to selected documents that introduce the reader to the central problems that Colombia faced in the 19th century: a weak economy, lack of education, conflicts between state and religion, and poor transportation. Many of these issues are echoed in the current economic, political and social situation of the country. The selected pamphlets and other relevant documents are also fully searchable in the Helguera database.