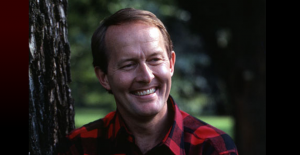 Tennesseans elected a 39-year old Republican new-comer to the state’s highest office in 1979. But on the eve of his inauguration, Lamar Alexander faced a critical decision: agree to an early swearing in or risk the release of notorious criminals from Tennessee’s prisons by Governor Ray Blanton’s administration. Beginning with this dramatic event, this exhibition explores how state-wide races are run, including Alexander’s grass-roots approach that sent him off in his now-famous plaid shirt on a 1,000 mile walk to the governor’s residence.

Once in office the governor reached out to the state’s entertainment and literary giants to champion education efforts and build heritage tourism and economic development. Letters from Alex Haley, photographs of Dolly Parton, Johnny Cash and Roy Acuff, and artifacts such as Minnie Pearl’s hat help tell the story of how each figure played a major role in Tennessee’s progress.

Over a decade of the state’s history is illuminated in this exhibition that draws from the Senator and Mrs. Alexander’s papers as well as resources from Vanderbilt’s Television News Archive and Special Collections and oral histories conducted with key figures.