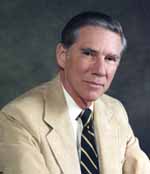 Alexander Heard was born in 1917 in Savannah, Georgia. He graduated from the University of North Carolina and received a PhD. from Columbia University before going on to a career in education, public affairs and research. He served in the Navy during WWII, was a vice consul at the American Embassy in Quito, Ecuador, and an author of numerous books on politics and education. He served as the fifth Chancellor at Vanderbilt University from 1964 to 1982.

During the 1960s and 1970s he served on a number of political and education commissions for presidents John F. Kennedy, Lyndon B. Johnson, and Richard M. Nixon. After Heard retired in 1982 he accepted a position with the Alfred P. Sloan Foundation to study the presidential election process. From that study he published two books.

The exhibit contains photographs, letters, notes and research from his many publications, and memorabilia from his childhood through to his career at Vanderbilt University. Alexander Heard’s full life is documented by the numerous photos of him and his family.